Julia Maurus discovers how co-biographers Julie and Marcus McSorley wrote the story of the strangest item ever posted.

John McSorley and Reg Spiers met as young athletes competing in the 1962 Commonwealth Games. Two years later, Spiers needed a cheap way to get home to Perth. So McSorley made what is now an infamous box: a box that Spiers used to smuggle himself on a 63-hour, 13,000-mile journey from Heathrow to Perth, cash-on-delivery and marked ‘HANDLE WITH CARE’, because it was cheaper than buying a ticket.

At the time, Spiers’ stunt hit international headlines and made him a national hero. As time passed, the tale of the box and ensuing episodes gained mythical status in the McSorley household. One of Marcus McSorley’s abiding childhood memories is of badgering his dad to tell the ‘box story’.

‘Friends regularly sat riveted at our dinner table, some suspecting it was just a good yarn, others looking for reasons why it couldn’t possibly be true,’ Julie and Marcus McSorley recall in their book Out of the Box: The Crazy True Story of the Australian Champion Athlete Who Posted Himself Home, Became a Drug Smuggler and Found Himself on Death Row in a Sri Lankan Prison (Hachette Australia 2015).

Julie and Marcus first met Spiers when they went with John to visit Spiers in prison. It wasn’t until over 20 years later that they wrote the biography.

‘We both have arts backgrounds and often chatted about how Reg’s adventures would make a great film. We were surprised that such a unique story had never been documented, and Reg gave us his blessing to undertake the project.

‘We shared our ideas with Marcus’ acting mentor, the great Australian playwright and actor Bille Brown. It was Bille who encouraged us to start the writing process in earnest.’

As co-authors writing their first book, they developed the project through trial and error.

‘It took us several months to find a system that worked,’ Marcus explains. ‘We began with a rough list of chapter headings. The first hurdle was one that every sole author faces: literary considerations such as genre, style and voice.’

They quickly established that the story warranted more than a straight factual biography.

‘A definitive biography of Reg’s life would fill several volumes, each the size of War and Peace. And a chronology of facts could never convey the drama, pathos, and love story that define his nomadic years.’

They decided to use the tools of a novelist to create a work of creative non-fiction.

‘We have created a narrative to tell the story that Reg told us over many hours of conversation when he stayed at our homes in Queensland and southern Spain, and during a late-night drinking session at a hotel in London. Every episode we describe in this book actually happened, but we have sometimes compressed the chain of events, created composite characters, or modified the setting to capture the essence of the story. And, of course, we have had to imagine much of the conversation between the characters.’

To test the waters of their dual authorship process, they began by allocating a couple of chapters each.

‘These early chapters were long-winded and lacked pace, and gave us the opportunity to chew the bones of why they didn’t work. We spent many hours discussing and visualising the main episodes of our story, often through long Skype sessions.’

John even recreated his box to help get the co-authors in situ.

As their process evolved, they each wrote half the chapters single-handedly and then edited and re-edited each other’s work. Chapters that were clearly not working were abandoned altogether or re-written.

‘Speaking and acting dialogue together was extremely useful, as was reading chapters aloud. Our manuscript went through three major drafts and revisions over a couple of years before we submitted it for possible publication.’

For the third and final draft, the co-authors (pictured below) sought help from experienced editor, best-selling author and former barrister John Gordon Davis, who provided invaluable advice for the book’s court scenes. 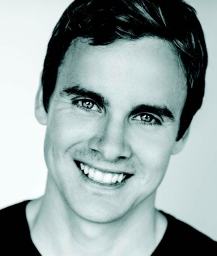 For both Julie and Marcus, the writing process was ‘long and arduous, a steep learning curve that was also enjoyable and fulfilling.’

Not surprisingly, Spiers was their main resource in writing the book. They drew on John’s and Spiers’ collections of original newspaper features on the box episode and Spiers’ post-box activities home and abroad, including articles sent by sporting colleagues of John when Spiers was on death row in Sri Lanka.

In addition, Spiers gave them copies of letters he sent and received during his years of incarceration in Sri Lanka.

‘Letters offer a great source of information for historians and writers [as well as those researching their family history],’ Marcus reflects.

‘Reg’s private letters were particularly insightful, not just about the story, but also about the nature of the man himself. The newspaper clippings and letters helped us fill in a number of facts and establish a timeline during the early stages of our writing.

‘We were lucky to have Reg’s support during our entire writing process, and at various stages of the project we would message or phone him if we needed clarification on a particular point.

‘Interestingly, when we started writing there was nothing online about Reg for our research. Extensive publicity generated by the book has changed that.’

When they were ready to look for a publisher, they were disappointed to find that most of the big publishers would not consider unsolicited manuscripts. Undeterred, they pitched the story to several independent publishers and were taken on by Roaring Forties Press in the United States.

An interview with John and Spiers on the BBC Outlook program in March 2015 triggered a book review in the Sydney Morning Herald, which predicted that ‘[i]t is only a matter of time before the story finds its way onto the big screen.’ Shortly afterward, the publishing rights to the book were assigned to Hachette Australia. Spiers’ story had made it home again.

Meanwhile, Marcus lives on the same street in London where his father built the infamous box in 1964. Ironically, Marcus has maintained his interest in freight and now has a stake in an international shipping company.

Out of the Box: The Crazy True Story of the Australian Champion Athlete Who Posted Himself Home, Became a Drug Smuggler and Found Himself on Death Row in a Sri Lankan Prison (RRP $22.99 paperback) is published by Hachette Australia.

The original version of this article was published as ‘Writer at Work: Julie and Marcus McSorley’ in The Australian Writer issue 390 (December 2015 – February 2016).